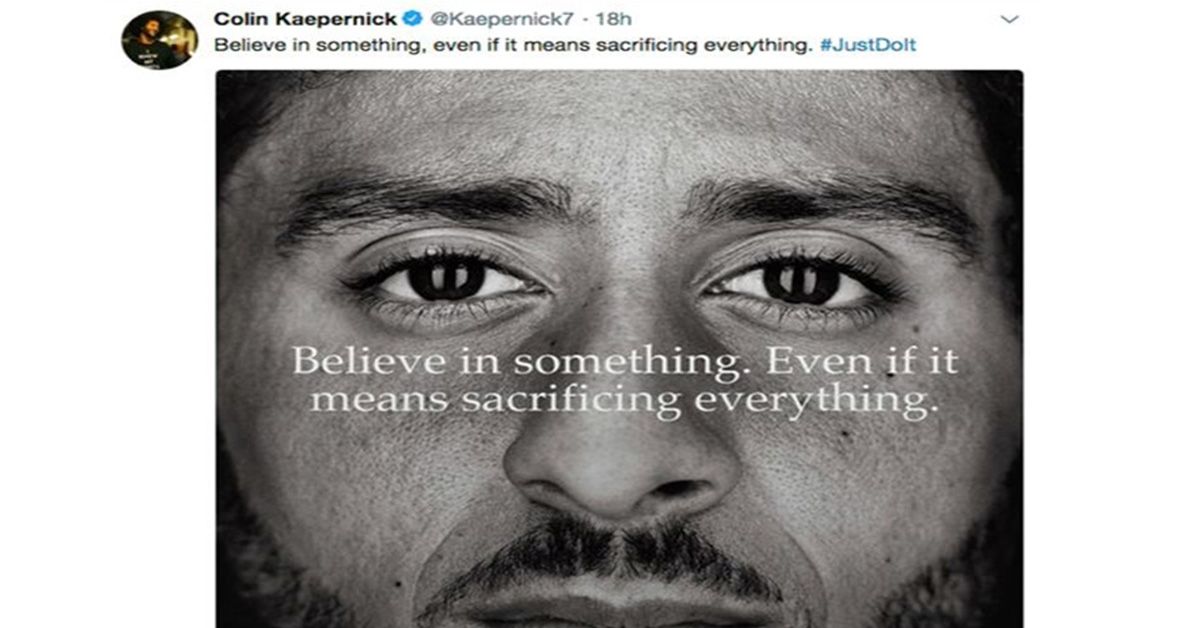 Wading Into Controversy as a PR Strategy

Whether or not former NFL quarterback Colin Kaepernick is being blackballed by league owners is an open question. But I recall Kaepernick was benched by the San Francisco 49ers when he proved to be ineffective as the starter.

There is no question he took the NFL by storm in 2013, leading the 49ers to the NFC championship game. However, as a player, Kaepernick was something of a one trick pony, making the most of the relatively new read-option play. But NFL coaches are very astute at assessing such players and quickly adjust their defenses to take away those plays a QB is most comfortable with. Look at the Packers’ Aaron Rogers or the Falcons’ Matt Ryan by way of comparison. They have numerous weapons they can use to defeat opponents whereas Kaepernick essentially had just one.

Mindful of this, I believe there was little interest among coaches in signing him. Put another way, if a head coach thought Kaepernick could help win ball games, they wouldn’t care if he stood on his head during the national anthem.

All of that said, Kaepernick started a firestorm of controversy when he took a knee to protest police violence against people of color and particularly those who were unarmed and not resisting. Every week it seems, there’s another viral video of officers shooting, beating or harassing a black person who poses no real threat. Thus, Kaepernick was using his high-profile platform to draw attention to this problem and get a national dialogue going.

That’s exactly what happened, too. Of course, many are offended by Kaepernick and other players taking knees during the anthem. Rather than try to understand what the players are peacefully protesting, they claim the players are disrespecting the American flag and the military. There is an undeniable racial component to these objections since most all of the protesters are black.

One common retort is, the players shouldn’t be protesting at their place of employment. It should be remembered, however, that many of these places of employment – NFL stadiums – were paid for in part by taxpayers and many of those taxpayers agree that dissent is not disloyalty; that a football player has an inalienable right to express his opinion on a football field or anywhere else.

Understanding this, Nike recently hired Kaepernick as a spokesman to celebrate its Just Do It campaign’s 30thanniversary. It was a move fraught with danger. Indeed, there was an immediate backlash with Nike apparel owners burning shoes and shirts. But Nike also saw a 31 percent jump in sales as a result of the Kaepernick campaign, according to Edison Trends. Likewise, the publicity buzz has been worth millions to the Nike.

According to a recent SSRS Omnibus poll, CNN reported that among people ages 18-to-34, 44 percent supported Nike’s decision to use Kaepernick, while 32 percent opposed it. In the 35-to-44 age bracket, the decision earned support among a majority, 52%, compared to 37% who were against it.

It appears Nike made a good marketing move by injecting itself into a controversial national debate knowing the Kaepernick campaign would anger and alienate some consumers. Many companies would never do anything remotely like this, assiduously avoiding marketing messages that might offend any consumer constituency.