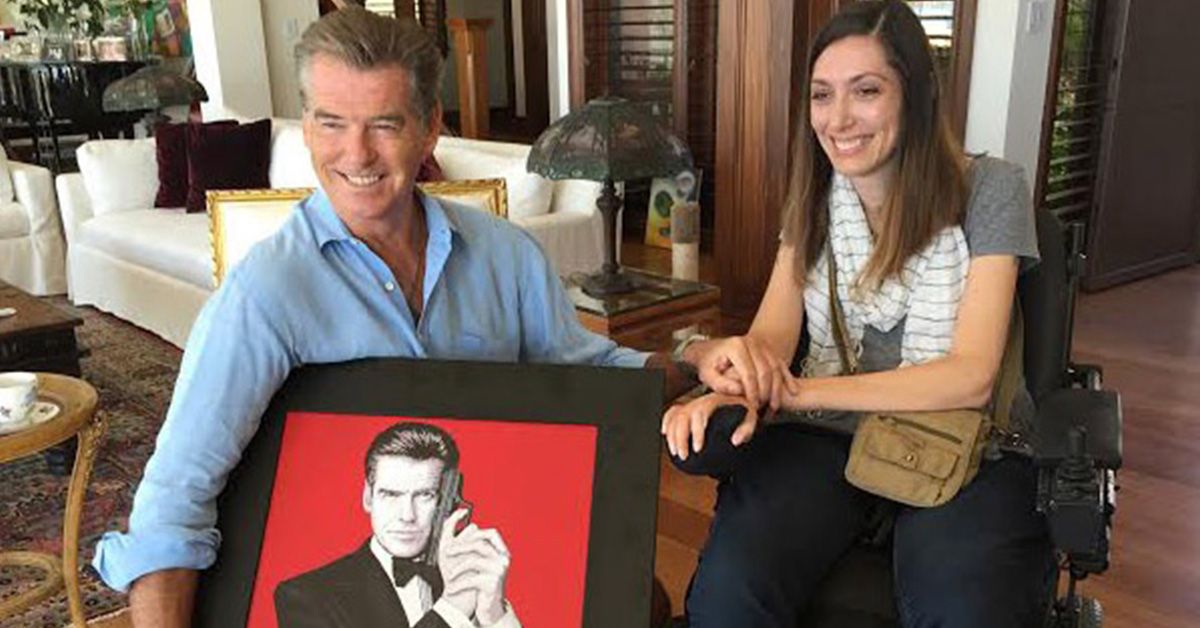 Ask and You Just Might Receive: Attracting A-list Celebrities

Attracting A-list celebrities to a public relations program can be a formidable challenge. Getting them to do anything for less than a six-figure fee is practically impossible. But if you have the right story and that story meshes with the celebrity’s own interests, you might be surprised at how things turn out.

Mouth and Foot Painting Artists is an international association of disabled painters who paint with their mouths or feet and sell their work in the form of greeting cards and other merchandise. It is for profit and not a charity. The goal is to help these talented artists become self-sufficient.

We produce a satellite media tour every year for MFPA in September, when the organization kicks off its holiday marketing campaign. To help amplify the message, we proposed engaging an A-list celebrity who would be willing to meet with our national spokeswoman, Mariam Pare, and allow us to videotape the meeting, which we would then turn into a video news release.

Mariam was the victim of random gun violence that left her paraplegic when she was just 20. An art student at the time, Mariam believed her dream would never be fulfilled until she began experimenting by painting with a brush held in her mouth. Today, she is one of MFPA’s most accomplished artists.

In early 2014, we approached several A-list celebrities who also paint as a hobby to see if they would be willing to meet with Mariam and discuss painting. It took some persistence and, with the help of an agency that coordinates such celebrity engagements, we connected with A-lister Pierce Brosnan, who we knew had a compelling story of his own.

Our research told us Brosnan had studied painting before becoming an international film star. When his wife died of ovarian cancer, to cope with his grief, he began painting again. We told him Mariam’s story and what we wanted to do and he agreed if we would make a $5,000 donation to St. Jude’s Children Hospital. We immediately said yes.

We had to fit into his busy schedule, but the stars literally aligned one early October morning when we drove to Pierce Brosnan’s Malibu home with Mariam.

Brosnan graciously greeted us and for the next magical hour, as we taped, he showed Mariam his own paintings and the two shared their mutual experiences and discussed how painting had enriched their respective lives. During the meeting, Mariam presented Brosnan with a painting she’d done of him in his iconic role as James Bond. “This is exemplary artwork,” the actor told her.

We edited our footage into a package of B-roll and soundbites and, after it was approved by Brosnan’s publicist, released it to the media. For the next 36 hours we watched as the video went viral around the globe. We also re-purposed the footage for the client’s web site and other marketing vehicles.

As a footnote, Brosnan was so impressed with Mariam, he sent her an autographed painting and a personal letter when she returned home.

I won’t say any of this came easily, however, the effort was well worth the time and energy we devoted to the project. Here are some key learnings: